Most individuals who suffer from premature ejaculation are not in good control of their nervous system, where they get highly aroused easily. During coitus they get easily excited where their breathing rate and pattern change. Instead of breathing slowly from their bellies, they begin to breathe rapidly and shallowly from their chest which will lead to a sympathetic overdrive, a faster heart rate and eventually leading to ejaculation (as the process of ejaculation is controlled by the sympathetic nervous system)

When it comes to your breathing, breathing really helps the way you control your ejaculation. Deep belly breathing can really calm your sympathetic nervous system and delays ejaculation. When you deeply breath you increase the oxygenation of your blood, and release endorphins (your natural morphine) which makes you feel great and reduces stress in your body, thus supporting the parasympathetic system that repels ejaculation

By shifting your breathing rate and pattern, you can stimulate the body’s parasympathetic response (this is the body’s equally powerful & opposing system to the sympathetic) which helps you to calm down during sexual intercourse.

The breathing skill that will be taught to you through the EjaContro app will focus into breathing into the lower lungs (your belly). This is a deeper, slower breathing. Below the lungs is the barrier to the abdomen, a muscle which is known as the diaphragm. When you fill your lower lungs with air, the lungs push down on the diaphragm and cause your abdominal region to protrude, this is known as diaphragmatic (abdominal) breathing.

The breathing pattern that Ejacontro will focus on is related to a practice from India known as pranayama (yogic breathing technique) when your breath is calmed and settled your mind also follows. EjaContro uses this practice of a triangular breathing to reboot the mind and the body.

The above pic shows you the triangle of breathing which will be played during intercourse. This triangle will guide your breathing pattern during intercourse, where you will deeply inhale on the left border, hold your breath (with occasional Valsalva maneuvers) on the upper border and exhale on the right border. Inhalation will be through your nostrils and exhalation will be from your mouth. The depth and speed of your thrusts will be adjusted according to your level of difficulty and the shades of the circles making the sides of the triangle.

Ascending breathing is the breathing practice that Ejacontro will guide you to practice it during intercourse, It involves increasing gradually your hold-in and exhalation breathing phase’s timings up to ten seconds in the beginner’s mode and Six seconds in the intermediate and advanced modes. The length of your hold-in and exhalation phases starts by the basic 5 seconds slow thrusting triangle and increases every 2 cycles of breathing by 1 second in the beginner’s mode (with slow thrusts involving an inthrust every 2 seconds) and 1/2 a second in the intermediate mode (with fast thrusts involving an inthrust every 1 second), then returns back again to the basic slow thrusting 5 seconds triangle.

Note: As the timing of exhalation increases, you should exhale at a slow rate, so that your lungs does not get empty of air earlier than the duration of the exhalation phase. Your exhalation should be covering the whole phase.

Valsalva Maneuver means exhaling through a closed airway, an act similar when you try to have a bowel movement, this act will be done occasionally through the breathing hold-in phase when you actually feel ejaculation is near, as we mentioned in the previous blog that your PC muscle is considered to be the scale of your arousal the more tense it gets the so near is your ejaculation. So when you feel that your PC muscle is tense and ejaculation is near do the Valsalva Maneuver in the hold-in phase of the triangular breathing, trying to subside your sense of ejaculation. 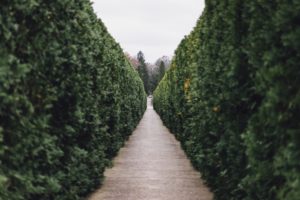